Mons brothers begin an expedition to the blue planet (The Earth) without listening to the recommendations of General Crater. They are looking for an explanation to the reiterative explosions of colour that occur there.

They want to avoid that general Crater destroy the planet and they will look for some proofs that manifest these explosions are good for the universe.

When Mons brothers come back, they bring a songs collection and some musical instruments from the five continents that conform the Earth. They explain the General that the secret of these explosions is that when earth people abandon their differences they join together for dancing and singing: It is when light and colourful explosions take place.

A piece of a newspaper referring to this performance (Palencia) “…Lots of children went to San Pablo Square. There were not any seat in the first rows. The performance was organised by La Banda del Drac, they were five people from Castellón. Everyone was disguised as extraterrestrial beings and the stage was perfectly decorated as if it was a spaceship. They wore brilliantine in their faces and clothes, sharp-pointed hats and many objects that really seemed to be extraterrestrial. Children looked at them in amazement and they followed all the orders: go up the stage, move, sing, etc. there was a great participation and happiness in the square yesterday. An unknown world for us comes to the city to let us see that they can sing very well. Children were clapping all the time during the performance. 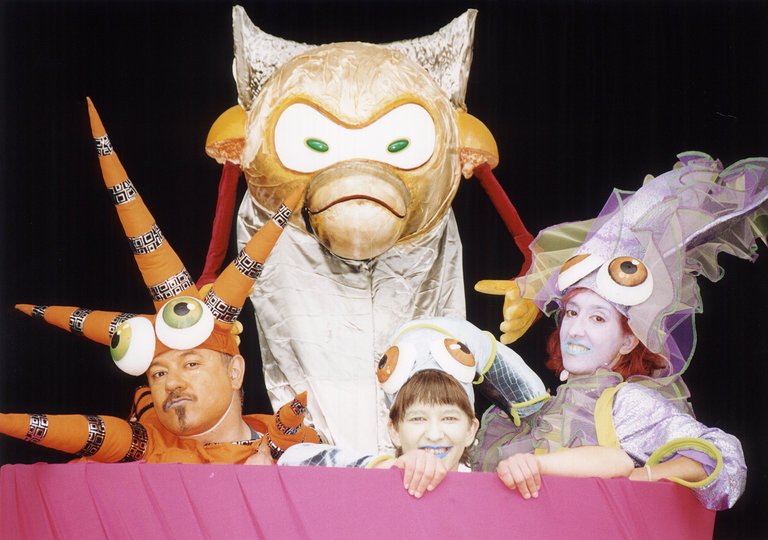 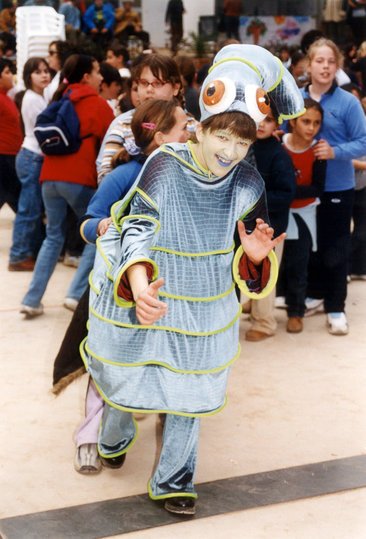 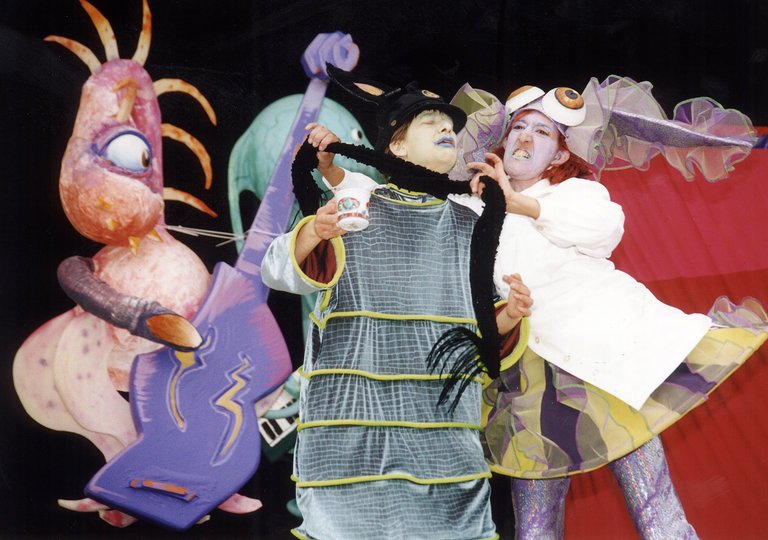 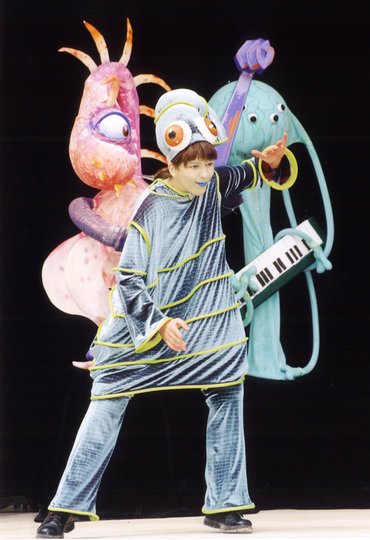 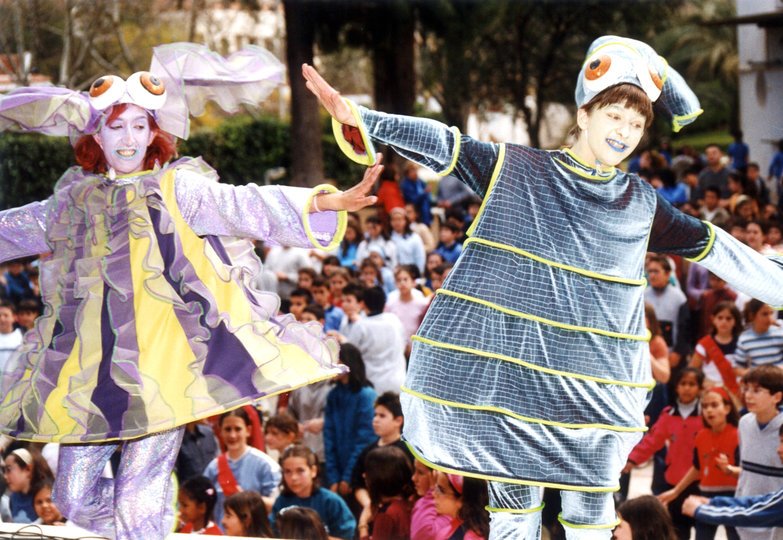 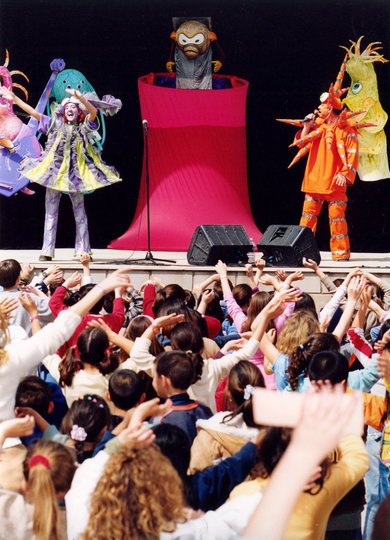 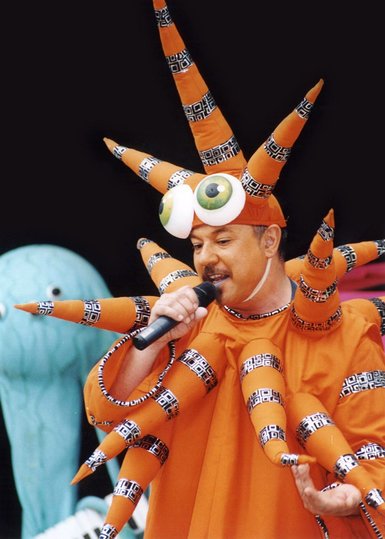 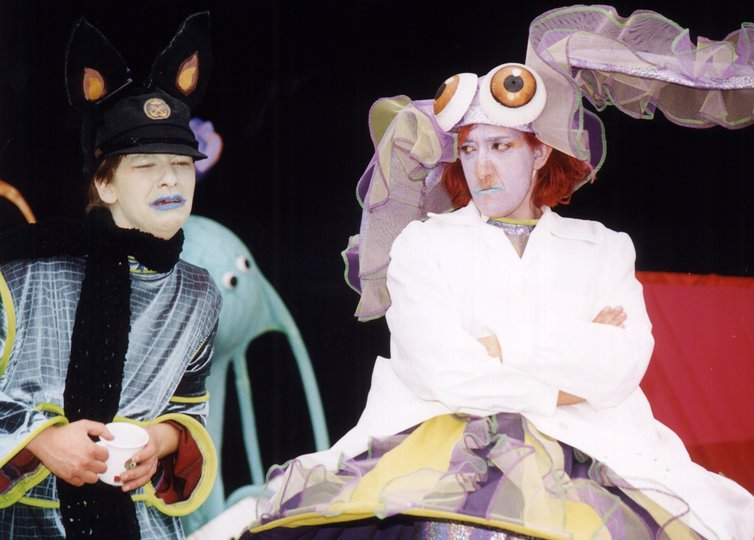 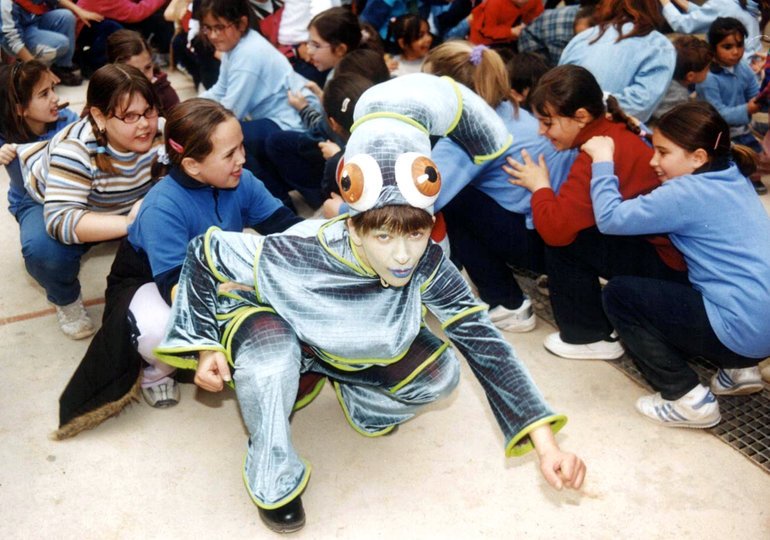 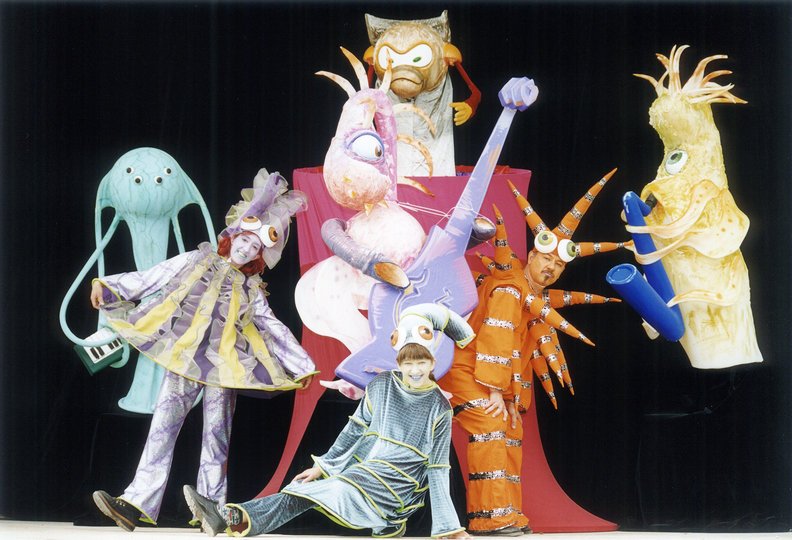 La fiesta de Donkey Children's Theater, Educational fun
Cookies help us deliver our services. By using our services, you agree to our use of cookies.