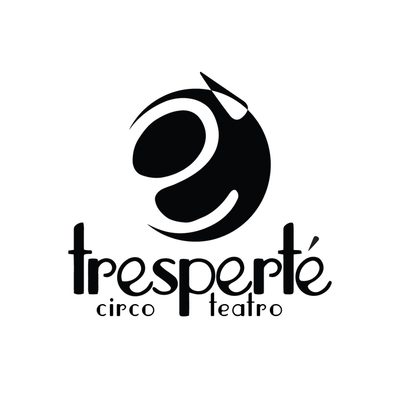 The creation of the company happens in 2011 during its members’ training process at the International School of Theatre and Circus Arts CAU (Granada, Spain) where Claudia Ortiz, Carmine Piccolo and Francisco Caravaca first meet and decide to work together as an acrobatics trio.

Later, a fourth member, Luis Ayuso, joins the company as a clown and a technician and it is at that point where they start to develop their first show: “Somebody is unwanted here” whose premiere was held in La nave del Duende (Cáceres) in February of 2013. This show will be awarded several prizes like: Tafalla Va de Calle (Navarra), Certamen de Jóvenes Artistas Callejeros (Málaga), Premio Granajoven (Granada), Premio Giani Damiano (Italia), Pave d’Argent in Festival des Artistes de Rue (Vevey , Switzerland) and the third prize in Certamen Noctivagos (Oropesa).

In the year 2014, they add the Korean Teeterboard to their circus elements, which together with Acrobatics and Clown are still their power on stage. Under these conditions, their second show “Oopart: out of place artifact” is first staged at the Teatro Alhambra in February 2016, establishing the company as one of the most important circus companies of the Spanish contemporary circus scene and leading them to a quantum leap in their career. In less than a year, they have given more than 50 performances at the most popular festivals in Spain: Umore Azoka, TAC Valladolid, Palma de Rio, FETEN, Fira del circ al Carrer (La Bisbal d’Empordà) and FIET Baleares.… Moreover, they have been part of European arts fairs and have closed their tours in countries likeKorea, Belgium, France, Italy, Portugal, Germany, Austria, The Nederlands and Portugal. Oopart has been the most awarded show in the PACA Prizes. Furthermore, in 2017, Iván Monje recives the award “best original music FETEN” for his work in this project.

In 2016 they also decided to take part of the project “Ludo Circus Show” with other companies of the south of Spain and start also touring with this show.

The company is still training circus and theater for future works.

Vol'e Temps Circus, Theatre
Is this profile yours? Claim it!
Cookies help us deliver our services. By using our services, you agree to our use of cookies.