Pedro Solano, freshly graduated, is full of ambition upon beginning his post at an international border agency. During his first assignment on the border, a young girl dies in his arms. Struck by her tragic destiny, he is abruptly torn from his idealistic inner world, where the global flow of refugees mainly consisted of numbers and graphs. His engagement for a better and fairer future is turned upside down and suddenly grounded in reality, while he feels increasingly unprepared and helpless in face of the unexpected problems within the agency.

There, the day's first coffee bubbles its slurping path through the coffee machine, Christmas party preparations are underway, and the daily routine of the international crew of civil servants begins its ghostly course, regardless of unfolding events. Paragraph pedants, office zombies, project managers and rubber tree experts fight for their own interests and keeping a clean record under a cloak of efficient work. Top priorities: maintaining personal inviolability, as well as drawing, protecting and administering frontiers. These exist everywhere, whether in face of barbed wire in the snowstorm outside or deep inside one’s own heart.

After fighting his way through the instances of authority, Pedro recognizes his powerlessness and the certainty that more deaths will follow. The only thing that remains is the empathic act of transformation.

In their new play, Familie Flöz hunt the fleeting vision of a utopia that promises a home to everyone but is ultimately doomed to fail. Inspired by the archetypal figure of the refugee, the company interweaves a panopticon of singular Flöz characters with motives from the well-known story of “Heidi”.

The excruciating contrast between the misery of a fleeing family and the affluence-born neuroses of office staff in core Europe inspired Familie Flöz to combine seemingly incompatible representation and narration formats in their play HAYDI! Thus, rigid masks and lifeless puppets encounter unconcealed faces. Visual play meets a cacophony of languages in Grammelot style. Imaginative visions are interrupted by grotesque and exaggerated figures. The renunciation of a homogeneous line of form and aesthetics stands symbolic for the irreconcilability of the two narrative threads. 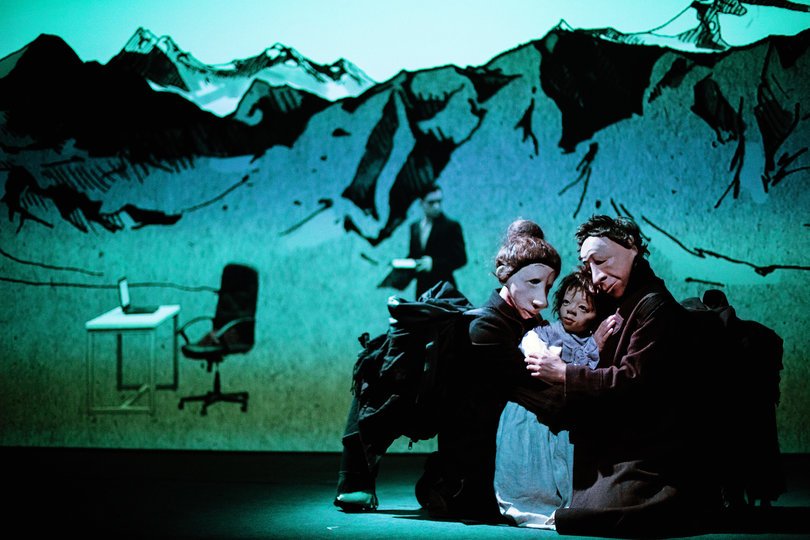 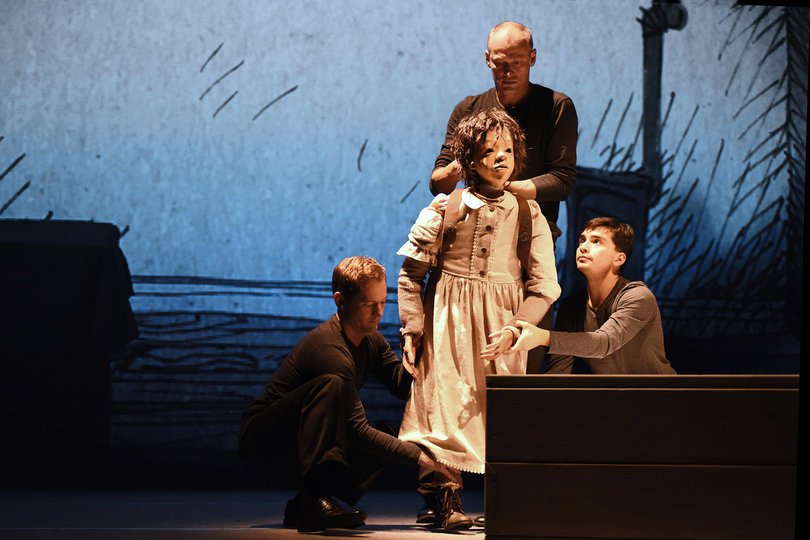 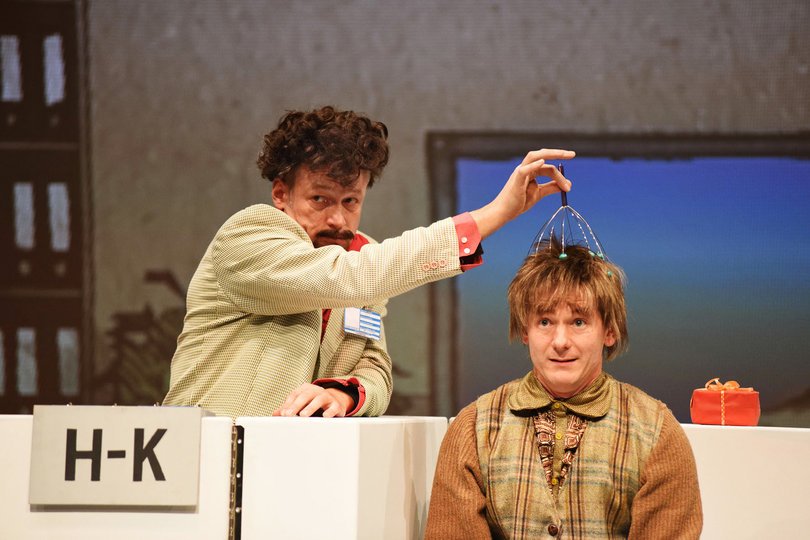 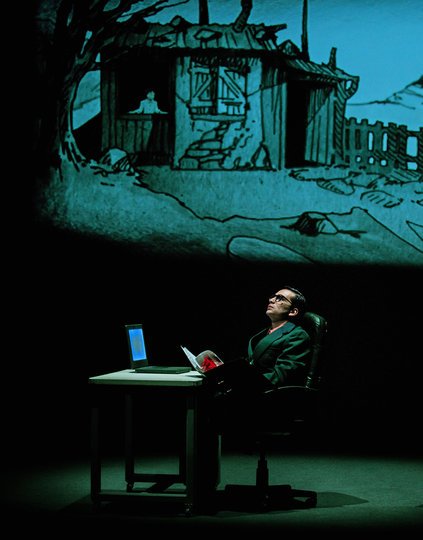 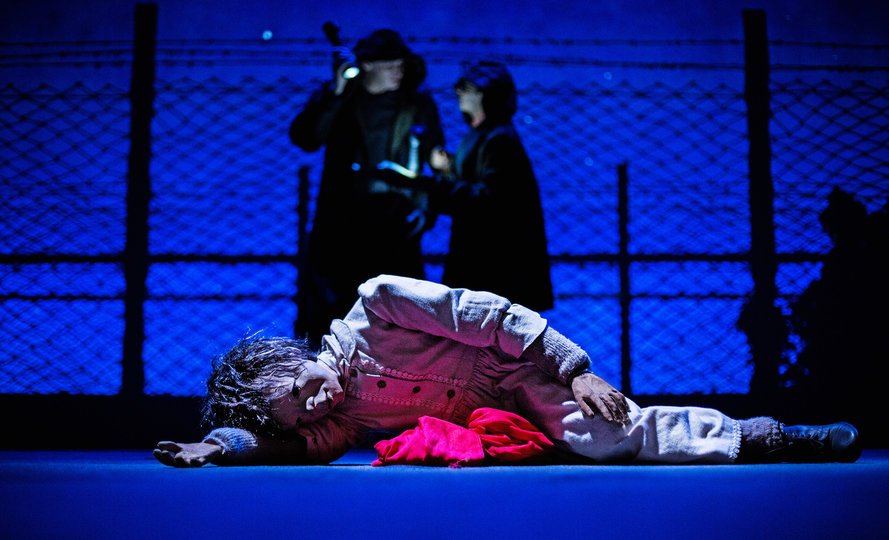 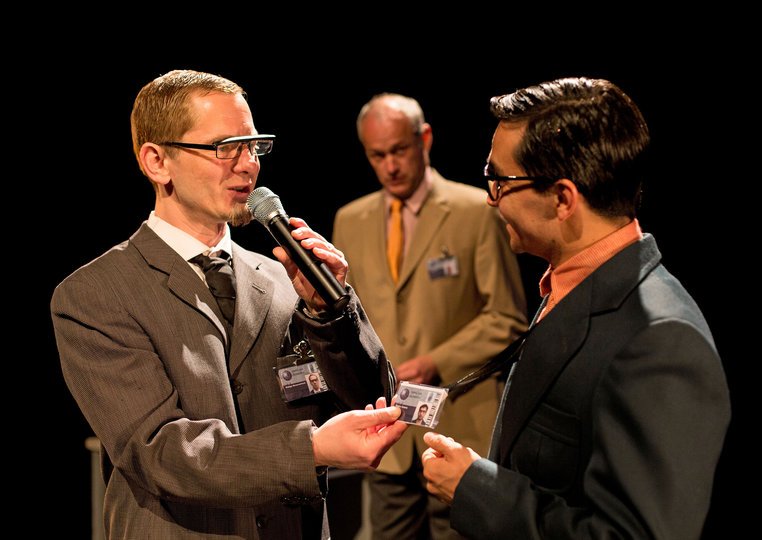 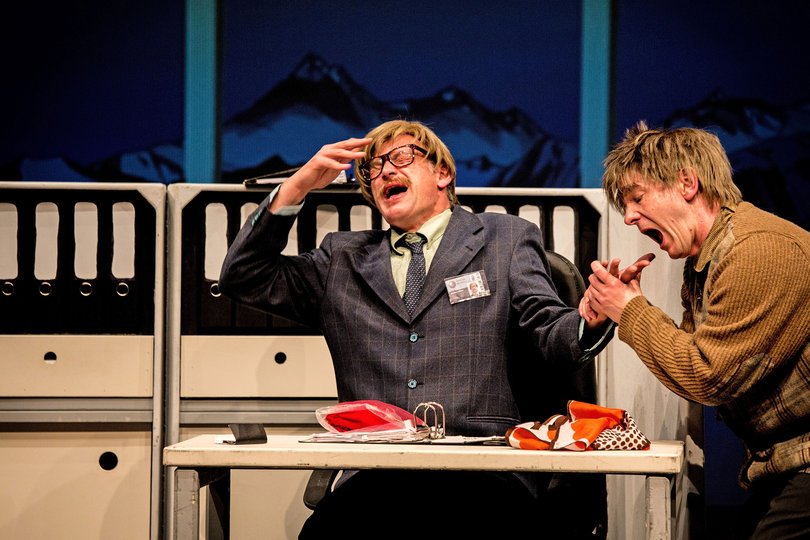 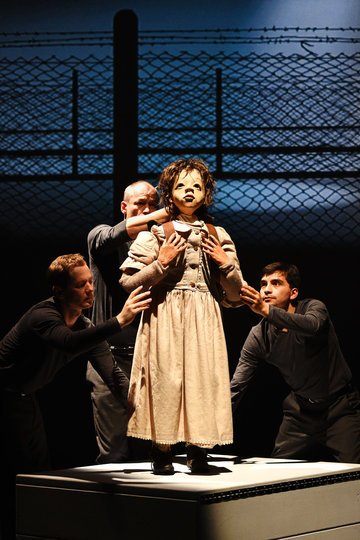 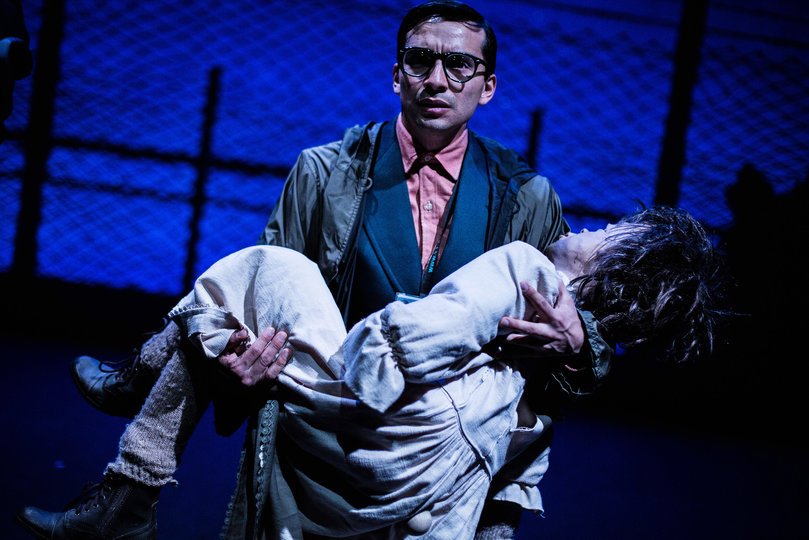 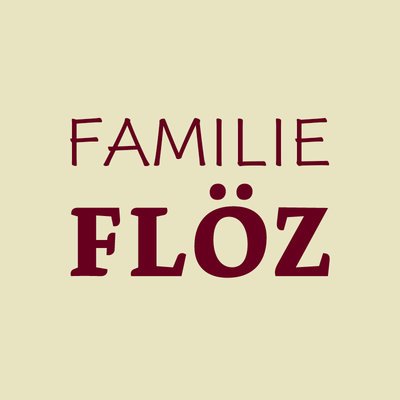 Other shows by Familie Flöz

Parfait état de marche Physical theatre, Street theatre
Cookies help us deliver our services. By using our services, you agree to our use of cookies.