The Odyssey is a traveling outdoor spectacle which re-imagines Odysseus’ mythical journey using Double Edge's signature mix of flight, poetry, unforgettable imagery, large-scale puppetry and a live musical score. Double Edge’s Odysseus is a complex figure – the man of twists and turns who not only outwits his adversaries with daring schemes and escapes, but who must face the consequences of his owns actions and the loss of his comrades in the timeless turmoil of war.

The performance invites the audience to see each site transformed by encounters with flying Gods, a giant Cyclops, the haunting songs of sirens and much more. 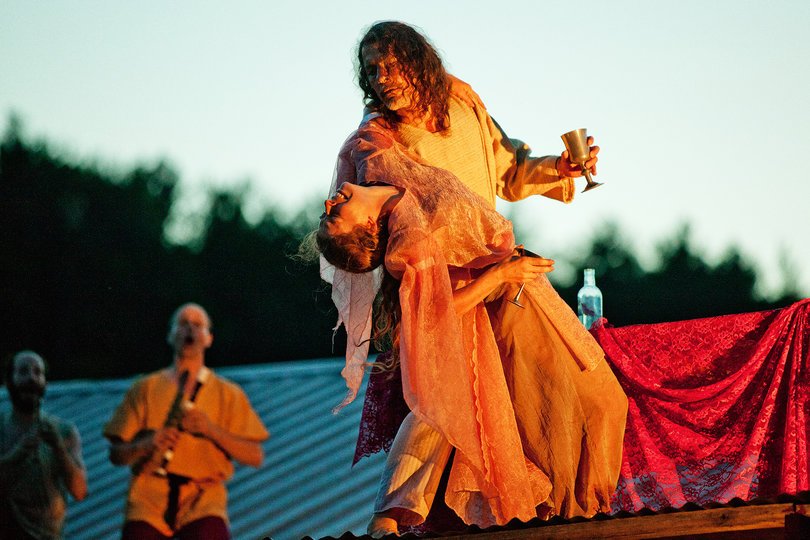 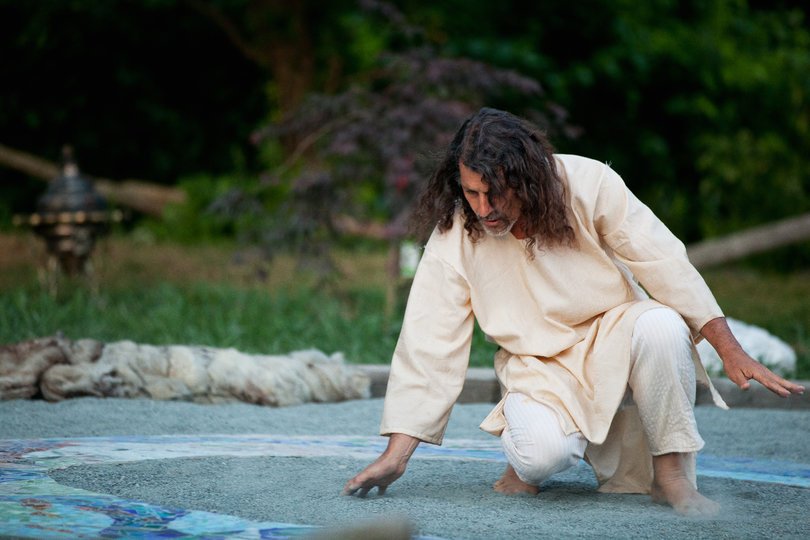 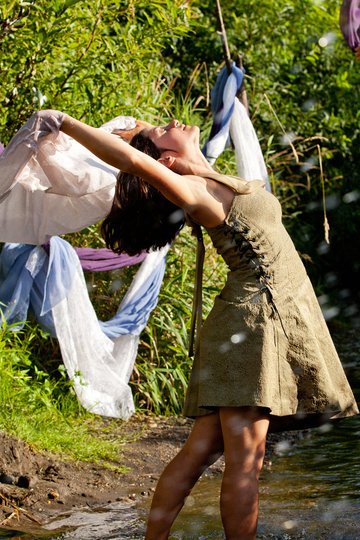 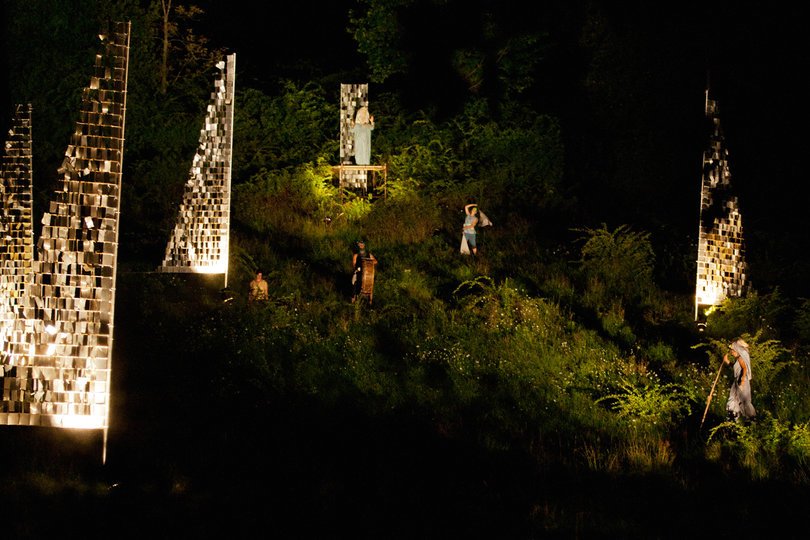 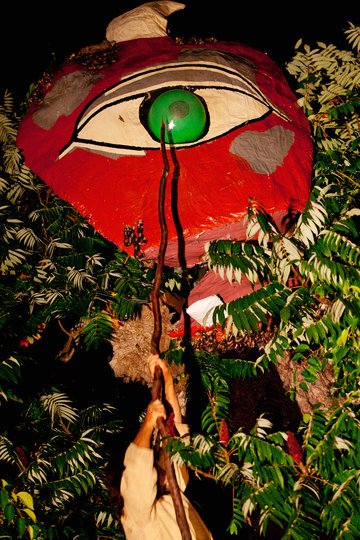