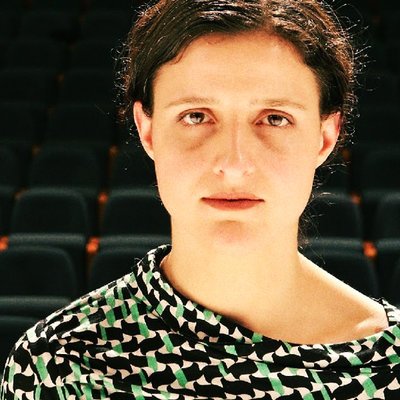 Yasmeen Godder was born in Jerusalem in 1973 and moved with her family to New York City in 1984. Growing up in NY, Godder studied dance at the LaGuardia High School. for Performing Arts and the Martha Graham school, and was deeply connected to the punk scene in downtown Manhattan. Godder received her BFA from the Tisch School of the Arts at NYU while attending a variety of workshops and classes at Movement Research which have impacted her approach to dance making until today. While still in school she began presenting her choreographic work at Downtown Arts Festival and Gowanus Arts Exchange. After completing her BFA she continued to work as an independent choreographer in NY, and was commissioned by Dance Theater Workshop’s Freshtracks and Splitstream Series, Dancing in the Streets, and the Kitchen.