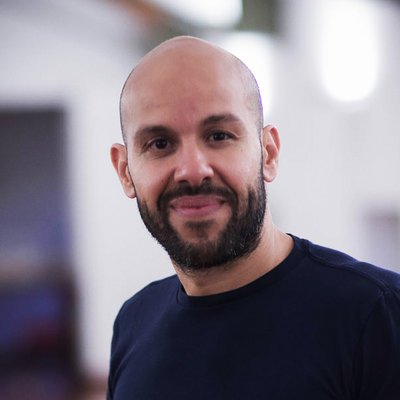 Mourad Merzouki began practicing martial arts and circus arts as early as a seven-years-old. At the age of fifteen, he encountered hip-hop culture for the first time and through it, he discovered dance. He quickly decided to develop other choreographic styles. The wealth of his experiences fed his desire to direct artistic projects.

Merzouki’s travels have led him into unchartered territory, where dance can be a powerful means of communication. He established his own company, Käfig, in 1996.

In June 2009, Mourad Merzouki was appointed director of the Centre Chorégraphique National de Créteil et du Val-de-Marne. He continues to develop his projects there, with an accent on openness to the world.

Ramón Marcos  Dancer, Director, Choreographer
Is this profile yours? Claim it!
Cookies help us deliver our services. By using our services, you agree to our use of cookies.