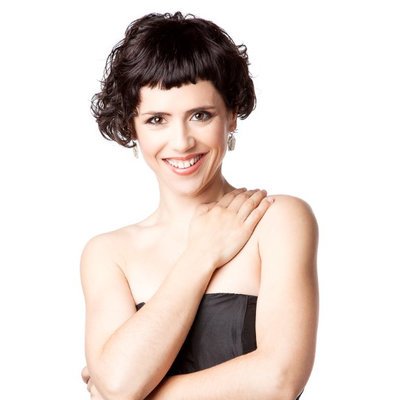 Soprano. Laia was born and grew up in Girona. She read Catalan Philology at the University of Girona, and went on to study music theory and piano at the Conservatori Superior de Música del Liceu in Barceona and CNR Perpignan. She began her vocal studies under Titon Frauca and, compelled by her interest in performing early music, she specialised in Cant Històric at the Escola Superior de Música de Catalunya in 2009, where she was taught by Marta Almajano. She has been studying under mezzo-soprano Mireia Pintó since then. In 2007 and 2008, she was awarded a scholarship by the Victoria de los Ángeles Foundation.

Laia has participated in masterclasses with singers who specialise in early music, such as Nancy Argenta, Lynn Dawson, Kurt Widmer, Gerd Türk, Marius van Altena, Kurt Widmer and Rosa Domínguez.
She is a member of the choir Vozes Al Ayre Español and has recorded two albums with Le Choeur de Chambre de Namur for Ambronay Éditions (2010 and 2012).

Pepa Cases Dancer, Singer, Choreographer
Is this profile yours? Claim it!
Cookies help us deliver our services. By using our services, you agree to our use of cookies.