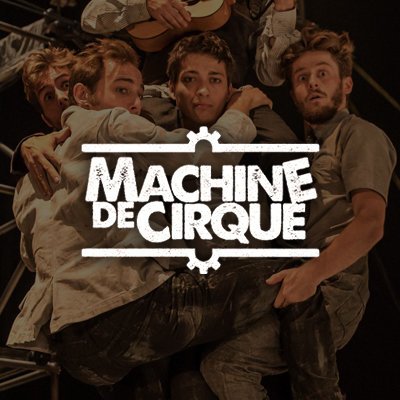 The Company was founded in 2013 through the efforts of Vincent Dubé, president and general manager. It came to life at research and creativity sessions in 2012 and 2013 involving jugglers and acrobats Raphaël Dubé and Yohann Trépanier, as well as percussionist Fred Lebrasseur under the artistic direction of Vincent Dubé.

The creative process evolved into a public performance on February 15, 2013, that went beyond all expectations. A new Company with its own artistic imprint and identity was born! In the summer of 2013, the acrobatic duo of Maxim Laurin and Ugo Dario joined the team. The premiere of the Company’s first production is scheduled for May 21, 2015, at the Théâtre de la Bordée in Quebec City.

Machine de Cirque is a not-for-profit organization whose mission is to gather various players in the art world and technology field to produce circus shows. The organization relies on the excellence of its productions and the professional development of its members and employees.

It promotes the exchange of ideas and cooperation with other cultural organizations in the Quebec City area to develop local talent and create local and regional expertise in the field. It promotes visits by international specialists to the region where resources can be shared with the local cultural community.

Machine de cirque is aiming for the world stage and through its productions, strives to become an exemplary ambassador for Quebec circus art around the world.

CIA Nueveuno Circus, Juggling
Is this profile yours? Claim it!
Cookies help us deliver our services. By using our services, you agree to our use of cookies.