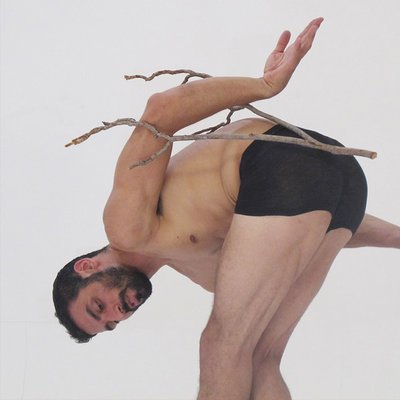 David was born in Salamanca (Spain), he is a multidisciplinary artist, director and dancer. He works as a dancer and actor in large opera productions at the Teatro Real in Madrid with directors such as Romeo Castelluccci, Debora Warner, Claus Guth and Robert Wilson, with whom he has collaborated regularly since 2016. Member of Circle of Trust Company & Logela, a break dance company in Spain that has performed since 2004 in Europe and Latin America. David Vento Dance Theater Company Neanderthal received the best show in FETEN 2020, in 2018 David received the first prize both in the Urban FACYL International Competition and in the competition for young creators in Madrid for the short piece Indala, which then became his first theater-dance work: Neanderthal. In 2015 he is an artist in residence at the Mediterranean Dance Center in Croatia and directs the urban dance and circus show Circus Circonnect at the Gayarre theater in Pamplona on the occasion of the World Circus Day. Between 2008 and 2014 he worked with Dani Pannullo Dance Co., Rojas and Rodríguez, Rafael Amargo and David Quintana, as well as with Cirque du Soleil in a show during Expo Zaragoza.

Mey-Ling Bisogno Contemporary dance, Physical theatre
Cookies help us deliver our services. By using our services, you agree to our use of cookies.