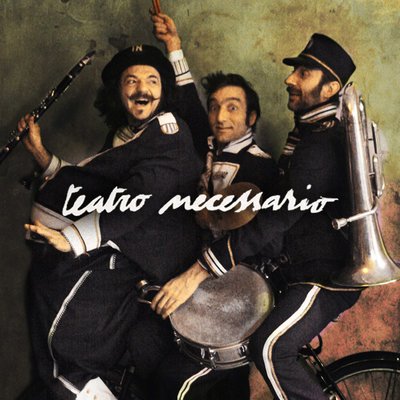 The company Teatro Necessario was founded in 2001 in Colorno (Parma). It brings together artists with a versatile profile, characterized by different formative experiences in theatre, music and contemporary circus, united by a common poetic purpose.

The distinctive traits of its production are the radical unhinging of the confines between theatre and circus disciplines, the choice of a narration which is subtle and impalpable at times, in balance between word and gesture, between drama and poetry, built around changing scenographies, in which spaces and objects interact with the actors in an unpredictable way. Heterogeneous shows which are not only staged in the most important International street theatre festivals, but also in comedy and contemporary theatre seasons. Often they are programmed in children’s theatre too. The company has received numerous awards in Italy and abroad, both in circus and theatre fields.

Since 2006 Teatro Necessario has also been working in the creation, organization and artistic direction of street theatre festivals.

Lurrak Circus, Theatre, Music
Cookies help us deliver our services. By using our services, you agree to our use of cookies.