With Cirkopolis, Cirque Éloize presents a show that combines the worlds of circus, dance and theatre. In the heart of a stern and imposing city in appearance, giant gears and dark portals symbolize a mechanism that crushes individuality. Performing within an inventive stage design and accompanied by an original musical score and video projections, ten acrobats and multidisciplinary artists rebel against monotony, reinvent themselves and challenge the limits of the factory-city. In a world where fantasy provokes reality, the veil of anonymity and solitude is lifted and replaced by bursts of colour.

Cirkopolis unfolds scene by scene like an elemental universe, with sculptural imagery: jugglers brave the space, a contortionist is lifted by her companions in a surge of inspiration, aerial artists defy the height of the skyscrapers. Experiencing Cirkopolis is also stepping into the dance of the Cyr wheel, dreading the audacity of the German wheel and discovering the candour of a man who dreams only of dancing. 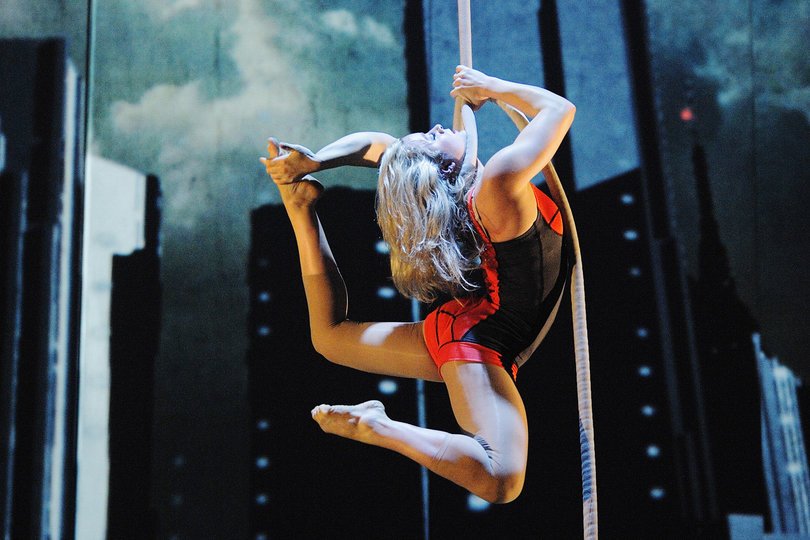 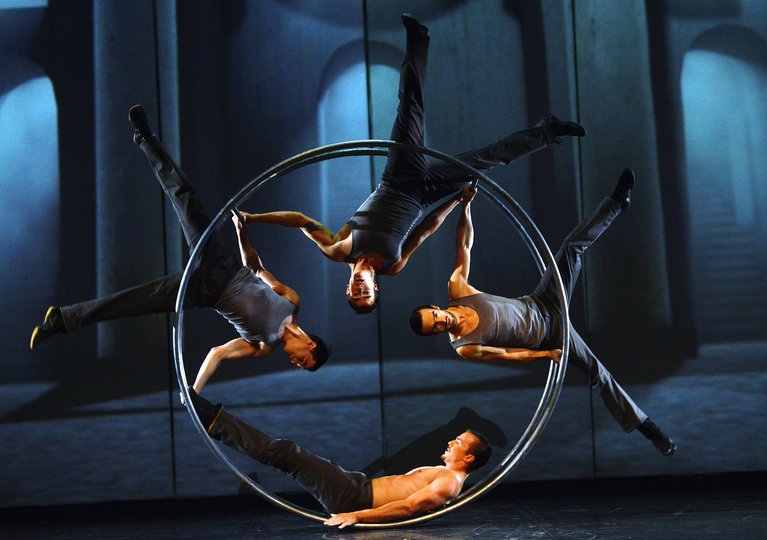 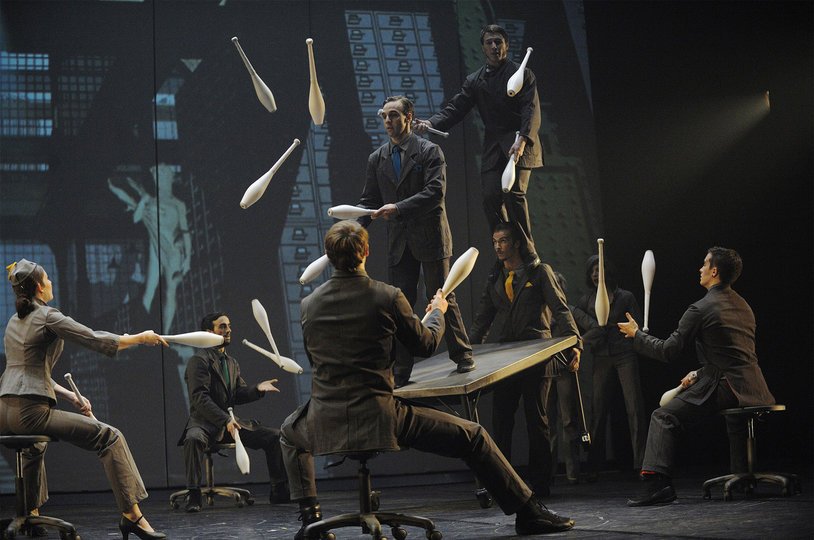 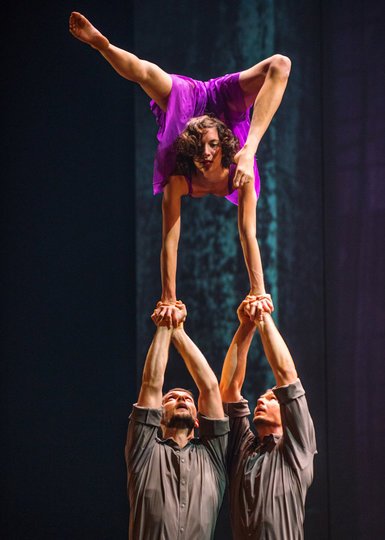 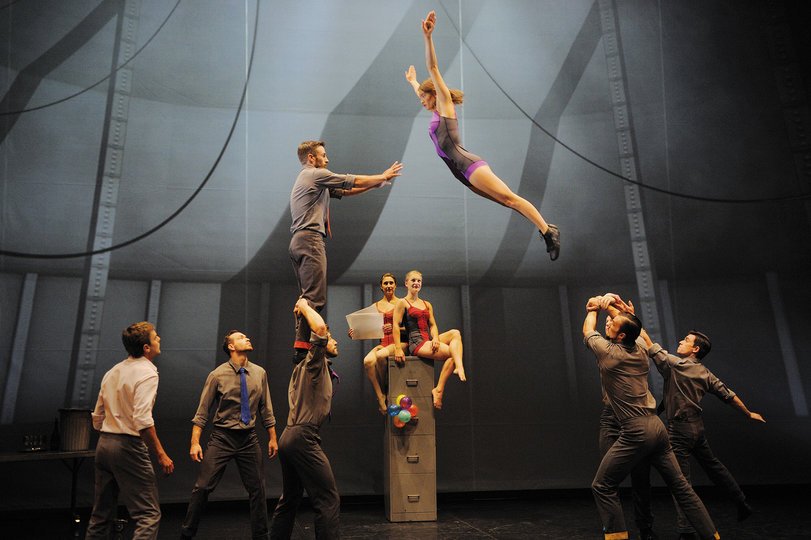 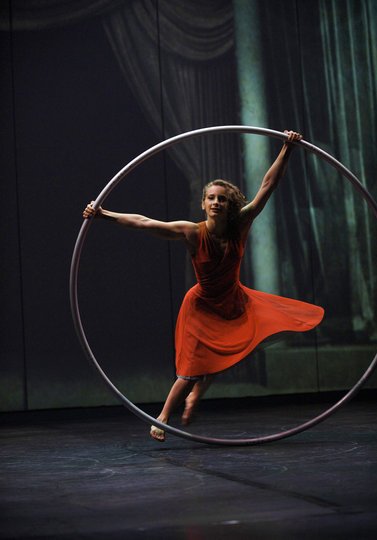 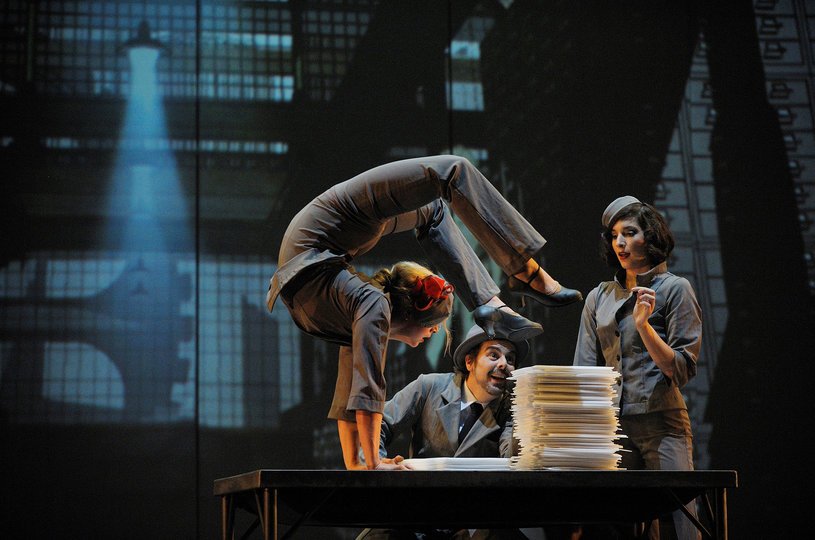 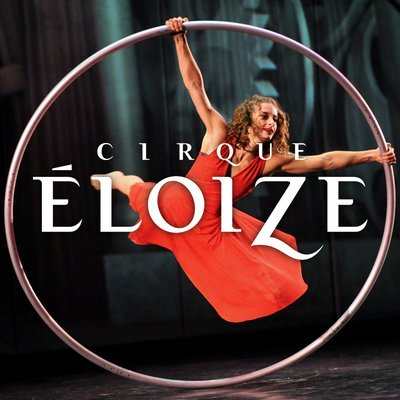