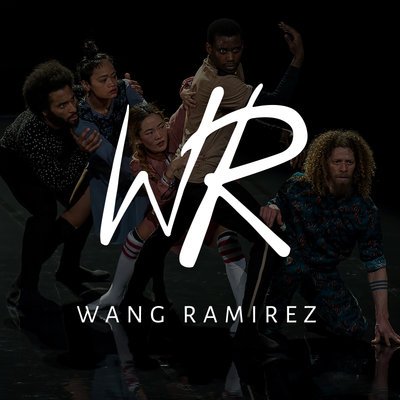 Sébastien Ramirez and Honji Wang cultivate a dance rooted in Hip Hop that incorporates all artistic languages. This French-Hispanic-Korean couple, inseparable in life as onstage translates their complicity in difference through artistic blending. Without denying their origins in urban dance, they create works with multiple entries. Their choreographic research results directly from their “blended” identities. In addition, their interrogations are based on human relationships, both intimate and group. Confronted daily to the realities of this new urban mobility, they never seize to deepen their quest of finding new choreographic languages. Their means of expression are built on technical virtuosity, poetry, humor and the questioning of human identities.

Since its creation in 2007 in Perpignan, the Company has continued to develop its creative formats - from duos to the distribution of dancers and riggers - by shaping its identity and singularity within a choreographic landscape. The Company’s projects, accompanied from the beginning by Dirk Korell and for six years by camin aktion (for all development and production), have rapidly received support from the national theatres of Perpignan (Théâtre de l'Archipel), Narbonne (Le Théâtre*) as well as from the IADU (Initiatives d’Artistes en Danses Urbaines) and since 2012, support from La Villette (Paris) and the Théâtre de la Ville (Paris). The Company receives a company support by Ministry of Culture, Regional council of Occitanie / Pyrénées-Méditerranée, and the County council Pyrénées Orientales. Réseau en Scène Languedoc-Roussillon supports mobility and co-productions. Since 2014, the Company also receives support from the BNP Paribas Foundation for project development.

A Tempo Dansa Contemporary dance, Tanztheater
Is this profile yours? Claim it!
Cookies help us deliver our services. By using our services, you agree to our use of cookies.