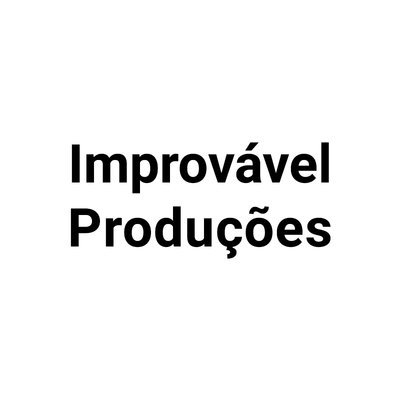 In 2010, when Marcela Levi and Lucía Russo founded Improvável Produções - in Rio de Janeiro - they committed themselves to a shared-authorship project, a form of artistic direction based on the open concept of different inventive positions intertwining in a process that gathers together lines that deviate from one another: dissent and internal differences seen as constructive critical force rather than contradictory, self-exclusive polarities.

Improvável Produções is responsible for creating and producing, among other projects, the performances “Monstrous Nature” (2011) and “Mordedores” (2015), both sponsored by the RJ City Department of Culture; the urban intervention “Sandwalk with me”, developed between London and Rio with the support of the RJ State Department of Culture and the co-production of the Festival Panorama; and the project “Move over a little”, co-produced with the Iberescena/Funarte fund.

HODWORKS Performance art, Contemporary dance
Is this profile yours? Claim it!
Cookies help us deliver our services. By using our services, you agree to our use of cookies.