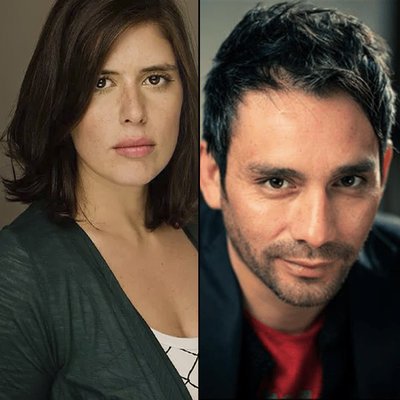 I always understood theater as an interdisciplinary and integral art. Although I recognize myself as an actress, it’s been natural for me to switch roles during my career; performing, producing and curating, for example. In addition to actively performing all types of theatre, I am also proud to coach acting in German for important national opera houses in Argentina. I have written and translated texts, been a director, an artistic and executive producer, and even a press agent. I have a strong connection to German and swiss theatre, as I studied almost a year in Berlin at the Ernst Busch School and spent another 9 months at the Zurich University of Arts taking part in the Masters program, and also performing for some independent theater companies. In 2010, I took part at the International Forum of Theater of Berlin (Berliner Festspiele) as the representative of Argentina. I translated, directed or performed, and produced some relevant and upcoming swiss plays like "Paraty" and “Oil” by Lukas Bärfuss into Spanish at the San Martín Cultural Center , and the Timbre 4 Theater, an independent theater in Buenos Aires known for notable and pertinent work. Additionally, I play a vital role in the organization of many prominent art festivals of my city, such as FIBA: International Festival of Buenos Aires, BAFICI, BAFIM, Feria Internacional de la música, and Young Arts Biennial. However, as much as I love all facets of theater, what defines my career as an artist and actress, is my capacity to realize a character through performance.

Sociedad Secreta de Actuación Theatre
Is this profile yours? Claim it!
Cookies help us deliver our services. By using our services, you agree to our use of cookies.