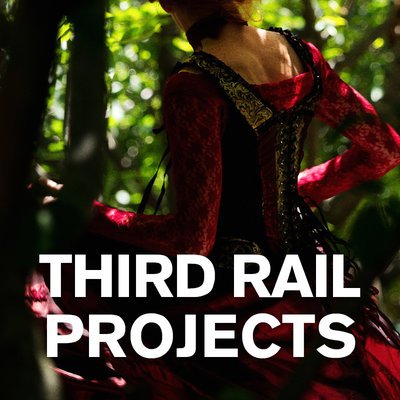 Hailed as one of the foremost companies creating site-specific, immersive and experiential dance-theater, Third Rail Projects, led by Artistic Directors Zach Morris, Tom Pearson, and Jennine Willett, is dedicated to re-envisioning ways in which audiences engage with contemporary performance. They have made work in New York, nationally, and abroad for over 15 years. Their award-winning immersive hit Then She Fell, was named as one of the “Top Ten Shows of the 2012” by Ben Brantley of The New York Times, and acclaimed as one of the best theater experiences of 2013 by Vogue magazine. The company continues Then She Fell alongside its current immersive hit The Grand Paradise which opened in February 2016. Meanwhile, the artistic directors and company work nationally on new immersive and site-specific projects and internationally through the newly launched Global Performance Studio (GPS), which combines Third Rail Projects’ creative and educational offerings through a program of cultural listening and exchange. Third Rail Projects has been the recipient of several prestigious awards, including two New York Dance and Performance (Bessie) Awards for Then She Fell (2013) and Vanishing Point (2008). Third Rail’s artistic directors were also recently named among the 100 most influential people in Brooklyn Culture by Brooklyn Magazine.

Fundamental to Third Rail Projects is the notion of re-imagining contexts for presenting contemporary work, as exemplified by a history of creating work sought after by both avid dance and theater goers as well as underserved populations and those seeking unique experiences. Collaboration is integral to all of Third Rail Projects’ endeavors, both in the creative process as well as the intersection with each new site, community, and cultural landscape in which they work. This manifests in numerous points of inquiry and programmatic objectives that foster artistic exchange and shared practice across unique communities.

Is this profile yours? Claim it!
Cookies help us deliver our services. By using our services, you agree to our use of cookies.