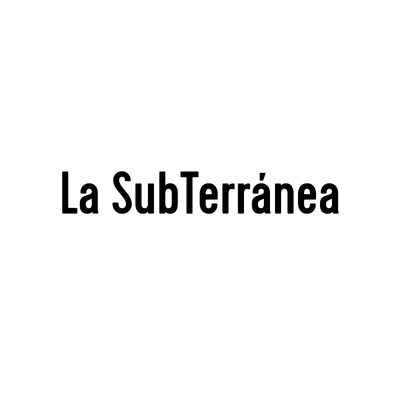 La SubTerránea is a theatrical company from Valencia (Spain), which is formed by Ester Martínez, Lucía Abellán and Lucía Sáez. After its first premiere on April, 2014, they three start forming part in Graneros, a resident project by Espacio Inestable. So, in this mark their second work is born, Finisterre o cómo vencer al chupacabras, which was debuted as a work in progress on the 30th of April, 2015. Last February, 2016, they debuted with Martingala in Sala Off. This play was a development from the previous known as Finisterre. Nowadays, they have being selected again by the Graneros de creación in Espacio Inestable, where they will play another work having in mind, in this case, the concept of Europe as a theme.

The theatrical company presents their proposals from a collective −creation− perspective. Defining its work is to talk about a continuous research of new playwritings and scenic languages.

We share the production of our activities by the organization of workshops addressed to actors and play writers who encourage the scenic creation towards a national and an international level.

The company takes into account Arrabal’s words regarding the Theater of Panic: ‘it is the critical to the pure reason, the group without rules or control […] it is the anthem to the crazy endowment, it is the no movement, the rejection to seriousness, it is the song to the lack of ambiguity; it is the art of living that considers confusion and chance, it is the beginning of the indetermination by means of memory… and all the contrary’.

a tiro hecho Theatre, Theatre of the oppressed

TRIANGLE TEATRE Theatre
Cookies help us deliver our services. By using our services, you agree to our use of cookies.